The IVR numbers page is used to set up IVR (Interactive Voice Response ) services in the system.

This is used to construct navigation menus that allow the calling party to use the phone to select to connect to different destinations. An IVR service consists of associating IVR logic with a phone number. The IVR logic consists of a voice prompt that plays out when a call arrives to the phone number and one or more forward destination numbers that the DTMF key input is associated with.

When the calling party presses a key on the phone after the voice prompt has been played the call will be forwarded to the phone number associated with this key.

1. To add an IVR function number 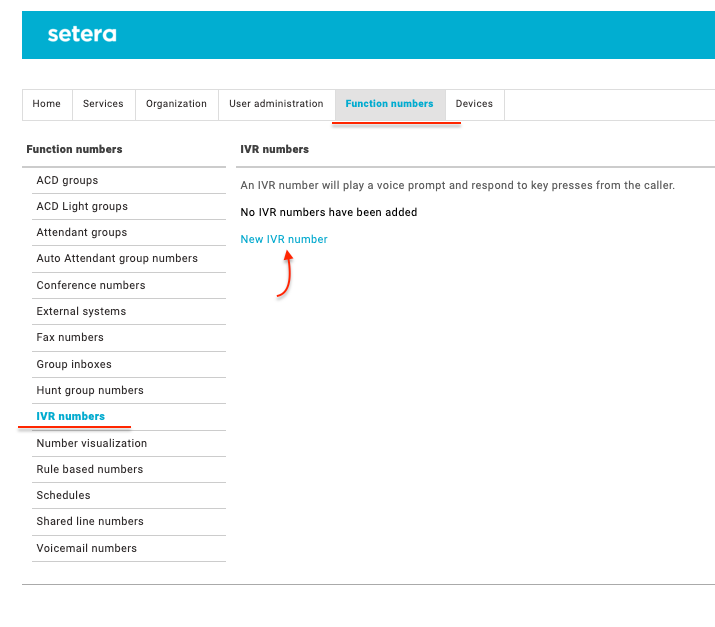 2. In the New IVR number section, in the text boxes, the following options are available:

3. In the main window, to save the new IVR number, click on the Save button. 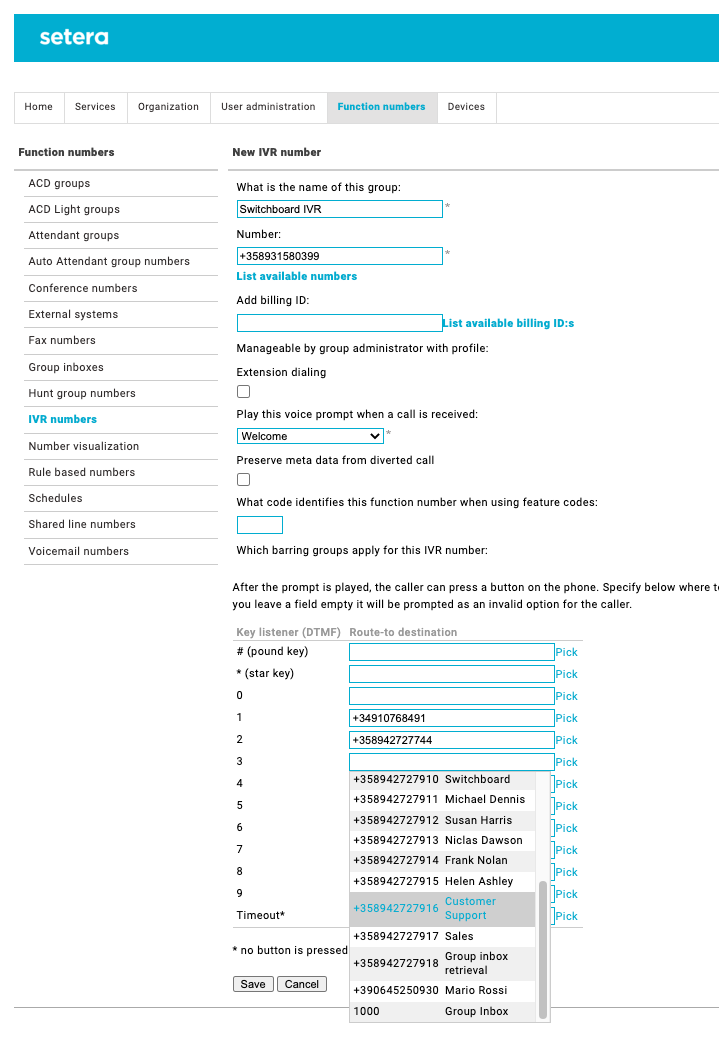 2. Details of the IVR number settings:

3. To view the change history of a number

4. To delete a configured function number

Did you find it helpful? Yes No

Send feedback
Sorry we couldn't be helpful. Help us improve this article with your feedback.